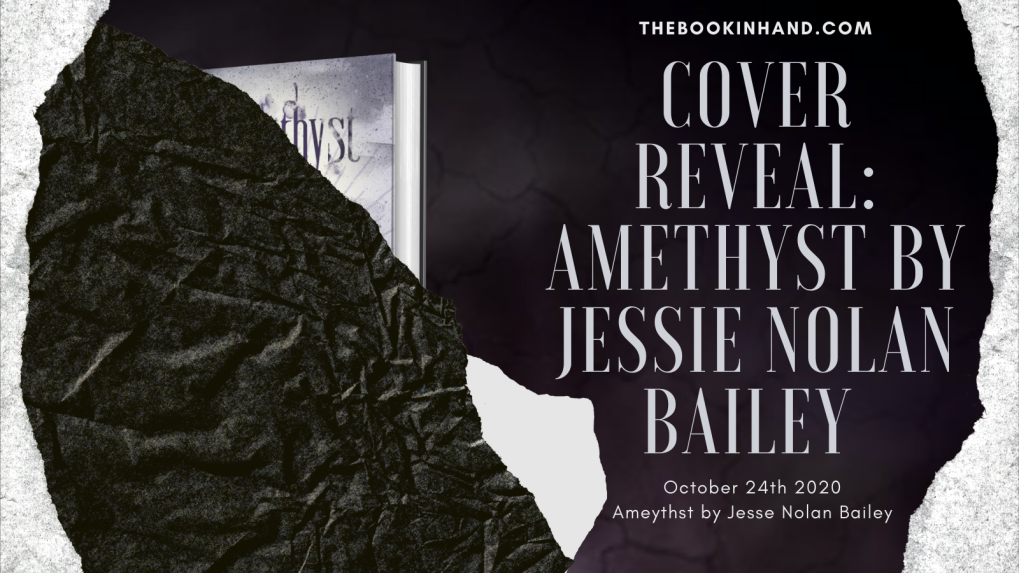 Today I am super excited to be taking part in the Amethyst Cover Reveal hosted by the incredibly hard working and brilliant Storytellers On Tour, and I’m so very exited to bring to you one of the first looks at Amethyst, a adult fantasy fiction by the amazingly talented Jesse Nolan Bailey.

Rashell’s brother has vanished. When the local villagers express no concern, she enlists the help of a stranger from a faraway city to find Teth.

Investigator Derrik discovers the people worship a massive stone known as the Amethyst. Even more bizarre, an ancient relic of a mummy fuels their reverence.

Given limited time, Rashell and Derrik confront these mysterious elements at play, all the while striving to uncover what happened to Rashell’s brother.

Amethyst will be available September 24th 2020! and can be picked up here FOR FREE TODAY!

Keep scrolling for the cover and a little bit more about Jesse Nolan Bailey.

Without further ado, I am honoured to present to all of you…

Enthralled by the magic that written stories contain, Jesse Nolan Bailey has always wanted to be an author. With his debut novel, THE JEALOUSY OF JALICE, and his shorter fiction, AMETHYST, released to the masses, he can now claim such title with re-lief. He lives in Durham, North Carolina, where he has embraced the equally-gratifying lifework of hosting a trio of spoiled cats and two mini-aussies.

Thanks for checking out our cover reveal! Have a great day!

All Booked Up At The Moment
itskooreviews.wordpress.com/
Loading Comments...